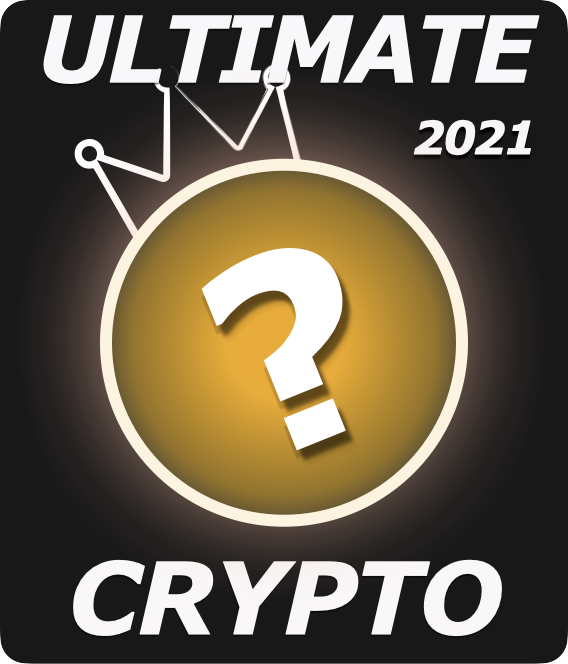 You might, or might not, be wondering why I am going through the trouble of this tournament. Quite simply, I love this style of single-elimination tournament and I love how cryptocurrency is a tool to help make a freer world.

My fascination with these single-elimination tournaments began in 1998. I was raised to be a college basketball fan by my dad, and enjoyed playing basketball at recess. My mom’s office ran an NCAA tournament bracket pool. For the first time, I filled in my bracket.

I filled out the names of the winners at school, and sitting next to me during that time was one of my best friend, whose family hailed from Kentucky. He wasn’t a huge fan, but for that tournament, I choose the 2nd-seeded Wildcats to be the tournament champion. I proudly showed him my bracket and he laughed and said he didn’t care that much about it.

I didn’t really know what I was doing. I just picked names, and I wanted my friend to be happy.

It turned out, I was right. Kentucky marched through the first three rounds over South Carolina State, St. Louis, and UCLA before facing off against top-seeded Duke. I remember being at my Kentucky friend’s house, on a Sunday of all days, as the Wildcats clawed their way back from a 10-point halftime deficit to defeat the Blue Devils. My friend’s short mom, the Kentucky fan, was going crazy. I was pretty happy too. My pick was still alive.

In the final two rounds, UK took down Stanford in overtime and again came back from a ten-point deficit to defeat Utah (featuring Michael Doleac and Andre Miller, who already looked 40 years old) in the championship. That was awesome. Twice the Wildcats had come back from 10 down. Both times I watched the game with my Kentucky friend’s family, whooping it up.

What I later discovered was that Utah program under Rick Majerus was a monster. In fact, Kentucky defeated Utah in the 1997 NCAA tournament (Elite Eight round, 72-59) and in the 1996 tournament (Sweet Sixteen round, 101-70). Crazy.

I came in 2nd place for the office pool (remember I just picked names for the other games), and won either $25 or $40. I don’t remember. But either of those was a lot of money to a middle schooler, and the Federal Reserve/Government hadn’t eroded the dollar to the degree it has today. Twenty dollars back then was a lot more than it is today.

Other games from that tournament are seared into my memory. One is of 2 seed Cincinnati barely beating upstart 15 seed Northern Arizona. There was something about the Lumberjacks that was just so cool. Maybe it was their name, maybe their dorky colors, but they played the Bearcats tough, and lost on a last-second three.

I remember Mark “Mad Dog” Madsen, the Collins twins, and Stanford just getting past the Lamar Odom (and Cuttino Mobley)-led Rhode Island Rams with their super cool name and baby blue uniforms. Stanford had pretty neat ones as well.

Stanford was down by 6 with a minute to go and somehow came back to win the game. Mark Madsen received a stolen inbounds past and dunked it home to go up 75-74. He made the following and-one free throw after making this celebration dance.

Rhode Island then threw the ball away, and then missed three free throws which would have tied the game at 77. They than made a 30 footer as time expired.

Kentucky then beat this stacked team in the Final Four.

I also remember 11 seed Washington almost pulling off the upset of Connecticut and Rip Hamilton (in a battle of Huskies), but losing 75-74. That was a wild ending. Washington would lose again to the UCONN in the 2006 tournament, an upset that I had picked and almost had delivered.

That 2006 tournament was the other really good one that I’ve seen. I didn’t choose the winner, but after three rounds I was #2 at my enormous university and in the top 25 of all users on Facebook, back when it was fun and just for college students.

That 1998 tournament was the first one that I filled out a bracket for, and the first and only time I had picked the champion correctly. That said, I usually chose unconventional choices, Gonzaga for instance, for years and years.

When the next one came around, I was ready to win again, and I chose Auburn to win it all. To my amazement, they lost in the Elite Eight. During that tournament, in 1999, I had forgotten that the tournament only ran from Thursdays to Sundays. On Monday, I was excited for Sweet 16 games, but realized I had to wait three more days.

So I played my own tournament. Printing out a new bracket, I went to my backyard where I had a double hoop set up. I played the games myself. One hoop set at 9 feet belonged to the home team, and the 10 foot hoop was set for the lower seed. I would have a 10 second shot clock and I had to first shoot a 3 from beyond 18 feet (I was pretty young). If I missed and caught the rebound, I had to shoot it for 2 points from wherever I caught the ball. For some reason, the first half had 3 minutes and the second half had only two.

After that tournament, I did the same thing every year in March, until I got tired of waiting for the NCAA tournament and started making up my own tournaments. I ran a worldwide tournament where each country had its own team. To ensure fairness, I ran continental tournaments to see which countries would gain seeding and entry. That was a lot of fun too.

So when, last year, the NCAA tournament was cancelled for no particular reason, I came up with this one. I love cryptocurrency and it seemed like a great fit. Also, I had seen the cryptos put into a soccer tournament. That was boring, I thought. So I made one for cryptocurrency. I spent a good chunk of time figuring out the seeding process and advertising it on Reddit and Twitter, all by word of mouth and posting in forums.

It was really exciting to see it come to life, especially in the second round. Then it felt like a real tournament. Take a look at some of those games:

Bitcoin was neck and neck with Dogecoin in the final day, one could say with 5 minutes to go in a 40-minute basketball game. Like an 8 seed in a dog fight with the top seed, but running out of gas, Dogecoin eventually couldn’t keep pace.

Nine seed VeChain took down top seed Tether, winning by 4. Three seed Binance Coin barely edged out the tough 6 seed Dash 66-61. Cosmos made it past Bitcoin Cash in the 7 vs. 2 matchup. There was an 11 vs. 14 seed matchup where the Japanese favorite Monacoin had its Cinderella run ended by Hedera HashGraph 52-47. Finally, Cardano lost a heartbreaker to USD Coin, 75-69.

These were basketball scores too! Extremely gratifying to see it come to life.

So, I am very excited for this year’s version. I hope you can feel that. And I hope you can share the excitement too. It’s like cheering for a basketball game, watching the Twitter poll.

The tournament is really exciting when there are hundreds or even thousands of people voting. So please, tell your friends about this and may the best coin win!